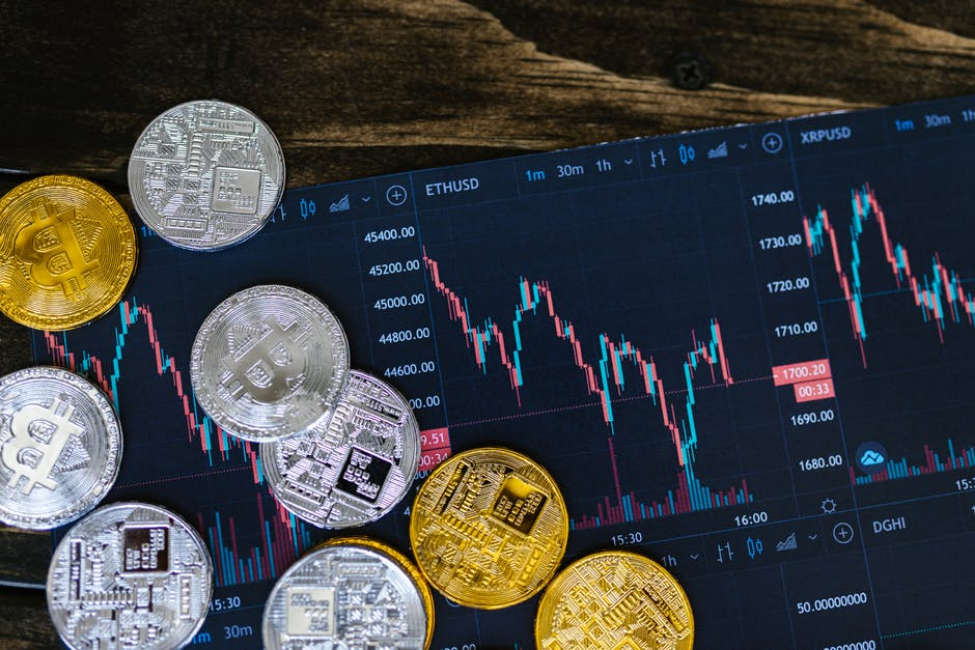 You’ve worked hard to get to a place of financial stability. Your car is paid off. You just got a promotion. Heck, you’ve even got an emergency fund going for “Just in case.”.

In short, there’s no putting it off any longer. You’re ready to start getting more from your money. But there’s a problem standing in your way:

Every time you hit the internet, you see the Bitcoin vs stocks debate raging on every forum and in every article. Some days, it seems like you can’t even research investment strategies without seeing a Bitcoin-related article in your “You Might Also Like” section. It’s crazy.

And now the hype has you asking yourself questions like, “Should I be investing in Bitcoin?” and “Is investing in stocks really the best use of my money?”. The answers to both questions are a bit more complicated than a standard yes or no.

So make yourself a warm drink, pull up a chair, and get comfortable because we’re about to break down Bitcoin investing and stock investing all in one go. Read on for the goods.

The Investor’s Guide to Bitcoin

If you didn’t know already, Bitcoin is the granddaddy of all the other cryptocurrencies you read about in the news like Ethereum and Dogecoin. Originally founded in 2008 by the mysterious Satoshi Nakamoto, Bitcoin is created through a process known as mining.

Basically, how this works is that each Bitcoin is located within what’s known as a block. To find and identify the block header, computers have to solve a bunch of puzzles that are known as hashes. Once your computer has solved the block, presto! You’ve got yourself a Bitcoin.

However, there’s a twist:

As more blocks are solved, there are fewer and fewer Bitcoins available to mine. And between this built-in scarcity and the hard work that goes into mining Bitcoin, this cryptocurrency has all the ingredients needed to be a top-shelf investment. But Bitcoin investing does have its strengths and drawbacks.

Over the years, Bitcoin has proven that it’s not just another internet phase or fringe project. Even famous people like Ashton Kutcher and Mila Kunis have gotten in on the craze. Here are just a few of the reasons why investors have flocked to this cryptocurrency over the years:

If you had bought $100 worth of Bitcoin in 2009, you’d be sitting on an investment valued at over $48 million in 2021. Unless you’re a billionaire already, that is some life-changing money. The stock market didn’t even come close to generating that kind of return within the same timeframe.

And because Bitcoin becomes more scarce as it’s mined, your investment will likely explode after the last block is solved. And second, as more and more people continue to get on the Bitcoin bandwagon, you can expect to see impressive returns on very little money in the meantime.

For many people, Bitcoin isn’t just a way to sit back and get ridiculous returns. It’s a way to protect yourself from the ups and downs of the stock market.

On any given day, there’s a tech company soaring to new heights while other stocks are on the verge of collapsing. And when people feel less certain about where the market is going, there’s a natural instinct to look for hedging vehicles like gold and precious metals. Bitcoin is a value store for a lot of 21st-century investors.

Now that Bitcoin has expanded to new heights, it’s safe to say that buying Bitcoin has never been easier. For starters, you can use services like bytefederal.com to get coins through Bitcoin ATMs. And with brokers and crypto exchanges making it possible to swap cash for Bitcoin, you can also build a portfolio from the comfort of home.

For all of these impressive strengths, Bitcoin isn’t without its weaknesses. Here are some of the reasons why investors might look at Bitcoin and think, “Maybe I should reconsider this.”.

If there’s one thing that cryptocurrency isn’t known for, it’s having long-term price stability. During the infamous cryptocurrency crash of 2018, for example, Bitcoin went from $20,000 to $3,000 seemingly within the blink of an eye.

The truth is that while some price dips are to be expected, those massive swings can be hard on anyone. If you want to invest in Bitcoin over the long run, your risk tolerance has to be on point.

Cryptocurrency occupies an odd space. On the one hand, it’s borderless, decentralized, and a proven currency alternative when all else fails. But it also has a lot of traditional currency-adjacent activities associated with it like crypto exchanges, Bitcoin ATMs, and even initial coin offerings that are almost a cross between GoFundMe and an IPO.

As such, it’s clear that the cryptocurrency landscape is becoming increasingly sophisticated. However, what’s less than clear is what the world’s governments intend to do about it.

In 2021, China placed an outright ban on crypto transactions. And while it’s hard to imagine the U.S. government following suit, there’s no way to know what types of regulations and restrictions might be introduced in the future. For these reasons, you have to be careful with the funds that you place into Bitcoin.

If you’re like most people, depositing a paycheck at the bank or sending money to your broker doesn’t involve having to ask yourself questions like, “What can I do to make sure that nobody makes off with my money?”. In the event of a ransomware attack or a literal bank robbery, there’s a combination of insurance, financial protocols, and multiple alphabet agencies who will work overtime to ensure that you’re not the one who’s watching your bank account drop to zero.

In the crypto world, however, things are not so simple. A google search of the words “crypto exchange hack” will fill your screen with a shocking number of news articles detailing instances of hackers making off with millions of dollars in cryptocurrency.

Crypto doesn’t get compared to the Wild West for no reason. And if you want to invest in Bitcoin, you’ll have to think very seriously about the security measures that you’ll be taking.

When most folks hear someone say, “I’m going to start investing my money.”, the common understanding is that you’re following the time-honored tradition of putting cash in the stock market. Here are some of the common pluses and minuses of trying your hand at buying stocks.

From Elon Musk to Warren Buffet and Jeff Bezos, some of the richest people on earth are folks who were able to increase their net worth through stocks. To that end, there are plenty of good reasons why stocks make sense as an investment strategy.

Due to the extreme nature of stock market crashes, stocks have a bad reputation for being a roller coaster ride when it comes to people’s money. However, the average annual stock market return has been 9.2 percent from 2010 to 2020. And if you had dumped your cash into the S&P 500 during the same timeframe, you would have seen an annual return of 13.6 percent.

It’s true that the market hasn’t brought in the massive returns associated with Bitcoin. But many exchanges have been around since the 1920s and 30s. Stocks have a proven track record that goes back decades.

When you compare the options available to crypto exchanges with those offered by brokers, it really is the difference between a robber running away with your money while saying things like “There’s nothing you can do about it!” and the same robber getting handcuffed before having a chance to leave the building.

Most of us can’t even remember the last time someone lost money through the stock market for reasons other than getting conned or making bad investments. Your money just doesn’t get much more secure than that.

Let’s say that you think tech stocks are on an upward trajectory, but that you also like the prospects of gold miners, gun manufacturers, and grocers. When you’re purchasing stocks, there’s no rule that says that you can only invest in one or two companies. Plus, if the tech sector happens to have a bad week while grocers make bank, your overall portfolio value won’t be affected too much.

You might have read all of those perks and thought, “I don’t need to read anymore!”. But before you book a call with a stockbroker, you might want to be aware of the risks associated with investing in the stock market.

The 2008 financial crisis sent shock waves through both the stock market and the economy at large. But by 2020, the 2008 crisis was a blip in the rearview mirror before the pandemic hit.

If you were just starting your career in 2008, the crash was a fantastic opportunity to buy cheap stocks. But if 2008 was your retirement year, the crash probably weakened your portfolio.

Although the stock market is known for its returns, the growth isn’t always linear. And if you need the money that you’re investing in the short-term, you have to be careful.

Nobody goes through life planning to have a sudden emergency. Right when you least expect it, your car could suddenly break down right when your roof springs a leak. And suddenly bam! You’ve got a bill that you need to pay in a hurry.

Unlike a bank account that will allow you to access your money quickly, stocks take time to settle. And it could be days or weeks before the cash hits your account. For these reasons, most financial experts will advise you to create an emergency fund that you have immediate access to.

If you’re like most Americans, chances are that you’re an insanely busy person. When you’re not working, you’ve got family obligations, social obligations, Netflix, and a bunch of hobbies that you barely have time for as it is.

However, investing in the stock market isn’t exactly the type of thing that you can throw money at. You have to assess each company carefully.

Read Also: Coinstirs will guide you best about cryptocurrency

Are the shares likely to continue going up? Are there barriers to entry in this industry? How capable is the business of surviving a crash or a pandemic?

These are the types of questions you’ll have to ask yourself as you pore through financial statements and investor relations materials. And for those who are short on time as it is, it’ll be hard to get the ball rolling on your investments if you’re not able to identify the shares you want to buy.

Read Also: Coinstirs will guide you best about cryptocurrency

The Investing Tips You Absolutely Need to Know

Whether you’re on Team Bitcoin or you’re leaning more strongly towards the stock market, there are steps you’ll have to take to protect your money and your net worth. On that note, the best investing advice can be summed up as follows:

Bitcoin vs Stocks: Which Should You Choose?

They say that you haven’t really made it financially unless you’re in a place where your money can generate a return. And to a large extent, it’s true. After all, it’s difficult to plan for retirement or your future if you’re not able to stop working.

But even so, here’s the thing:

The whole Bitcoin vs stocks issue doesn’t have to be an either/or situation. You can generate huge profits from the high-flying Bitcoin and the steady stock market by investing in both at the same time. Your portfolio will be more diversified and you won’t be looking at Bitcoin in ten years and saying things like, “Man I wish I had invested then.”.

Are you looking for more articles like this? Check out the rest of our site to learn more about investing and finance.