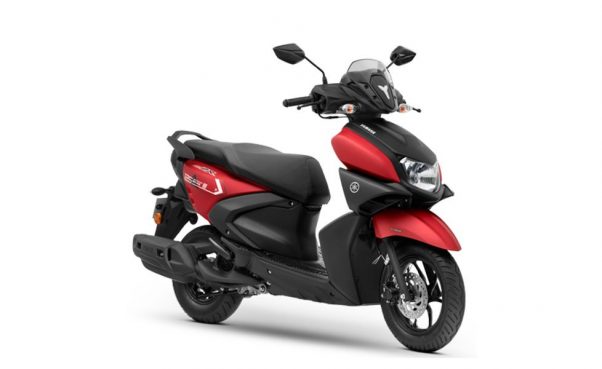 Automatic scooters are quite an easy-going choice for commuters. Whether the rider is accustomed to riding a two-wheeler with gears or not, the automatic scooters come across as a very easy to ride vehicle and, hence, an easy to recommend proposition.

If you’re one who travels to college or looking for an easy to ride vehicle especially at a time when riding private is the safest way to cover some distance. If perhaps the list comes down to a sporty companion, two of the most capable contenders stand out to be the newly introduced Yamaha Ray ZR 125 and the top dog – and also our Best of 2018 – the TVS Ntorq.

The reason to pick two 125 scooters should be on the basis of which one of these offers the most grunt, stands out as the most comfortable, and looks the best while at it. And while doing all of that, it should be fairly inexpensive as well.

The Yamaha Ray ZR has always been a sporty scooter. In the BS-VI era, the scooter has received a major aesthetic upgrade along with a heart transplant, as it now comes under the 125cc space instead of the older model’s 110cc inherits. Therefore, it becomes our second contender for the day.

Now, as far as looks are concerned, both the scooters are meant to be sporty. And both the manufacturers have gone the extra distance to make them look appealing and, of course, distinctive. The Yamaha bikes, for instance, is a bit quirky but it still comes across as a very stylish and sporty offering. We had the Street Rally derivative of the Yamaha Ray ZR on the test, so it came fitted with extra goodies like brushed knuckle guards, block pattern tyres, and stripes on the wheels. It certainly looks a bit overdone, but it has a unique character which makes it stand out in the crowd. You can easily save a few bucks by opting for the base variant, which looks a bit saner in comparison.

The TVS bikes, despite being old, still looks relatively fresh. This is thanks to the newly introduced Race Edition – the one you see here – which gets a couple of cosmetic upgrades, including chequered flags, splashed all over its bodywork. It also gets a full-LED headlamp, something that you’ll not find on the Yamaha here.

As for the features and equipment, the Yamaha loses out in this regard. For instance, the Yamaha’s instrument cluster is a plain jane analogue unit, with readouts for a speedo, an odometer, a single trip meter, and an instant fuel consumption monitor. The headlamp, as discussed right above, is powered by halogens and, lastly, the fuel lid is hidden under the seat. However, it claws back with side-stand engine-cut off function, along with start-stop tech to decrease fuel consumption.

It easily falls short in front of the TVS’ equipment list – despite it being the older of the two – as it brings a fully-digital instrument cluster with Bluetooth connectivity, a full-LED headlamp, a USB charger tucked under the seat, and an external fuel lid. Neither of these scooters has the under-seat storage to fit a full-face helmet. That said, where the TVS has a storage capacity of 5.8-litres, the Yamaha comes across as a close second with 5.2-litres of storage area.

Now, coming to the powertrain, the TVS Ntorq 125, as the name rightly gives away, comes powered by a 124.8cc single-cylinder motor, which is good for 9.1bhp and 10.5Nm of torque. It comes paired to a CVT automatic transmission and used the good old air for cooling.

The Yamaha Ray ZR 125, as said earlier, has made a transition to the 125cc space and, therefore, it now comes powered by a 125cc single-cylinder mill, which is capable of churning out 8.04bhp and 9.7Nm of torque. It, too, comes paired to a CVT automatic gearbox.

So, as to conclude the winner in this comparison, both of these scooters are extremely good and have very little to fault with. Of course, if I had to pick one, my heart still goes to the TVS Ntorq. Step by Step Guide to Buying Car Insurance in 2022

What Are the Three Most Important Factors to Consider When Buying a Used Car? 7 Must-Have Bike Accessories for Every Cyclist